The French 18U baseball team is playing in the European Championship in Hluboká and Brno in the Czech Republic from August 13 to 20, 2022.

Below in the calendar you will find a list of athletes and how to watch the competition.

The competition brings together 12 teams. In the first round, the teams are divided into two groups and compete in a round robin system. France is in Group A with Austria, Spain, Great Britain, Lithuania and the Netherlands. The top two teams from each group qualify for the 1/2 finals. 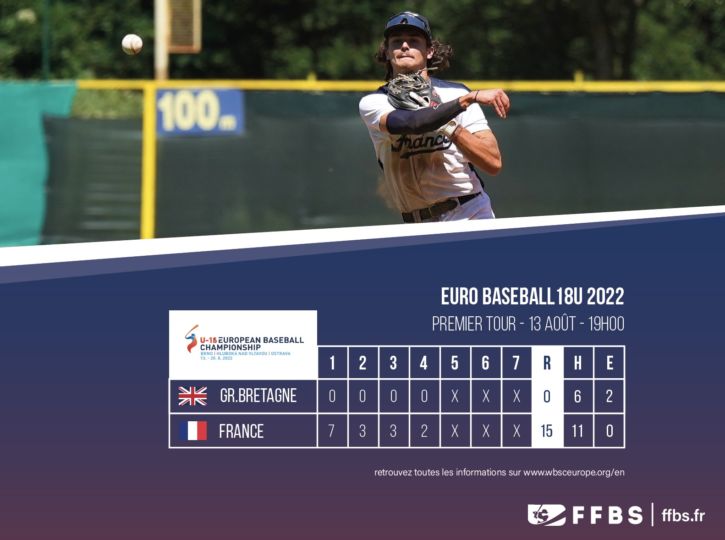 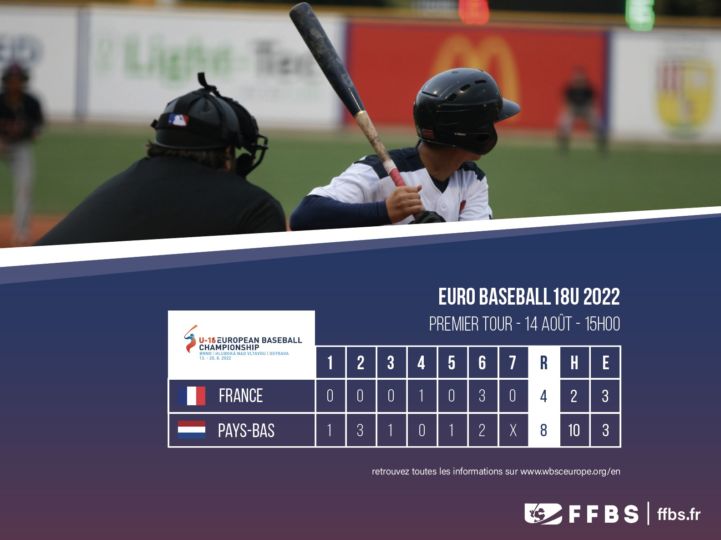 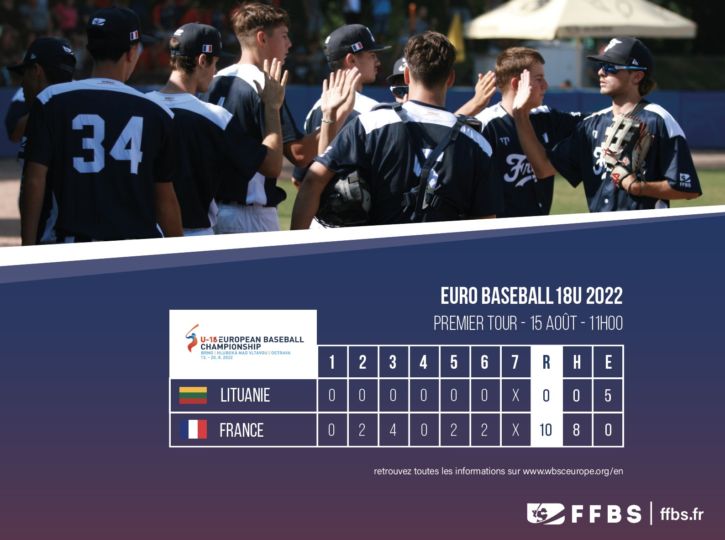 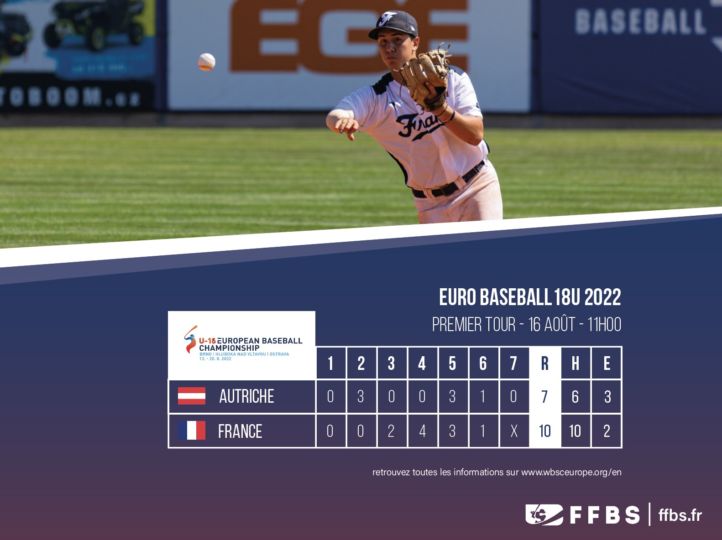 All information and links to live broadcasts and live evaluations can be found at www.wbsceurope.org.

You can find portraits of the athletes on the page of the French 18U baseball team. 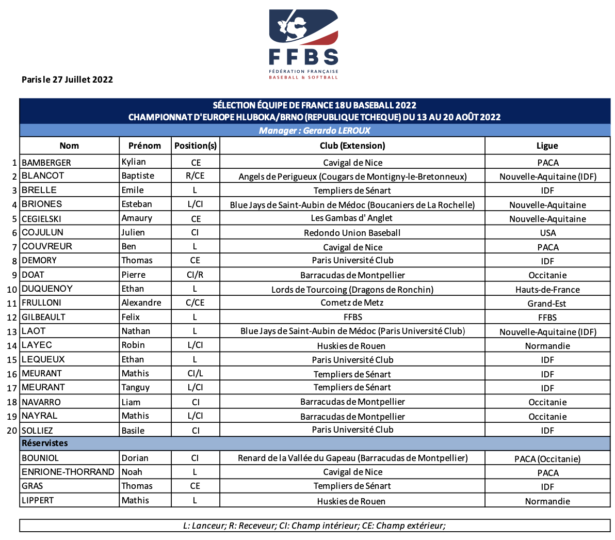